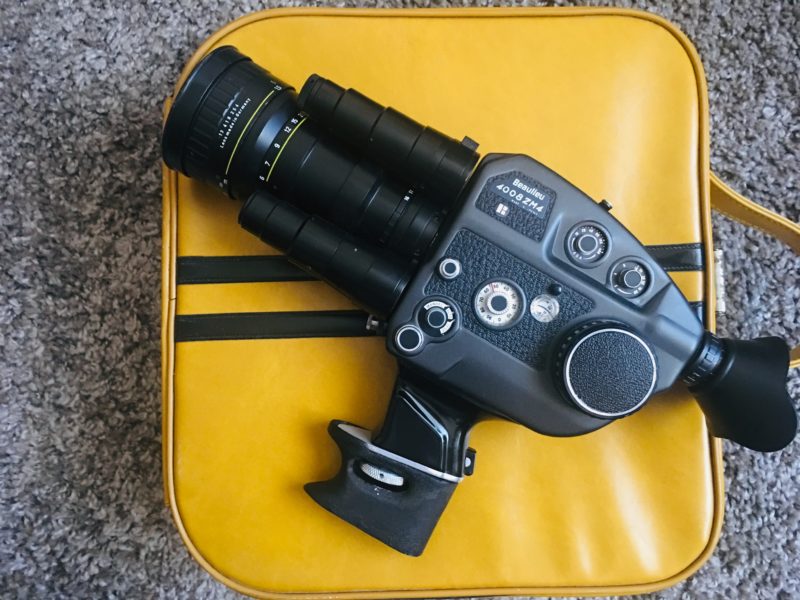 The master of the Beaulieus

If you want to get your movie camera repaired these days, it’s not easy. There are only a few experts left in the world who really know this job. Friends of the Beaulieu movie cameras have an easier time searching. Because there is only one person left who masters these cameras from the bottom up: Björn Andersson in Sweden. A conversation with a living legend.

Björn, you are into Beaulieu cameras for 46 years now. Let’s start with the situation today. What are the most common problems when it comes to repair a Beaulieu Super 8 camera?

There is no special problem actually, except after 40 years the grease and oil is no longer grease and oil. It’s more or less vanished or glueing. The camera needs a real good cleaning for all the mechanisms. Inside the Beaulieu 4008 for example the internal 85 Wratten filter has more or less died. It has to be removed and the housing has to be modified for external filter use. The filter is a very important part of the optical system. Some people don’t understand this. All settings will then be adjusted to factory specifications, lens and camera will be collimated, regarding back focus and infinity for perfect focusing.

All the old NiCad batteries have already died. I have produced new batteries with NiMh cells (Nickel-metal hydride accumulator). They merely look like the ones Wittner Kinotechnik sold in former times. So I have a batch of new ones for sale now.

The same happens with the eyecup. I had a meeting with the supplier yesterday. He showed me a few samples for a new batch of these eyecups. It’s the big black ones for the Beaulieu 6008 and all the other models. This will come soon.

Which model is mostly repaired in your workshop?

It’s the 4008 in all versions. There had been made in very many thousands, about 100,000 have been produced. Very seldom I have seen cameras that have really been worn out. It’s more that they have been treated very, very bad. Its not by the normal use they have been worn out, it’s more about the users fault.

How many repairs do you do per month?

More or less there is coming one camera nearly every day.

And the orders come also from outside Europe?

It’s global! (The doorbell of Björn’s workshop is ringing) Here comes a parcel with a camera from Austria.

Wow! So you are really the only one to do this now in the world?

I can say it like this: All my old colleagues that have been trained at the Beaulieu factory to repair cameras have passed away. There are no other people to learn this later. And nowadays? Mostly the people don’t know at which end they have to hold a screwdriver. They are good at the computer.

How much is an average repair of a Beaulieu?

I use to say you have to start around 200 Euro. I don’t have any fixed prices for anything. No camera is like another. All items coming in will be checked and get a cost estimate. The customers should not pay more than it is necessary. This has always been my philosophy.

Are there also some Standard 8mm cameras for repair?

I don’t do them. I don’t have any spares for them. And I have not a real good documentation for them. It’s enough with Super 8! You cannot be an expert on everything.

How and when did you get in touch with this Beaulieu business?

Actually this was not meant to be my business at all. My big passion was Road Racing and I went racing all over Europe and to be frank, I won a lot of races. Racing, demounting, tuning and maintaining my bikes was my kind of business.

When not racing, I had to earn money somewhere so I worked as a lorry driver. I was, however, recommended to stop racing due to an injury and was offered a job as an engineer for the Beaulieu distributor in Sweden. This was in 1974. I really loved maintaining bikes. The micro sized parts of a movie camera didn’t appeal to me. However, after a lot of thinking, I accepted the Beaulieu offer and started to study camera mechanics instead. I was immediately sent down to France to the Beaulieu factory for training and education.

As a matter of fact the basic technique of all the Beaulieu models are more or less the same, so if you know one you’ll know them all. These French primadonnas have sometimes odd solutions in their construction, it can sometimes be tricky. All must be started in right end, otherwise it can end up as a puzzle. But still, there was always something worth doing the trip. At least the French wines were worth testing, if nothing else. And I have now worked with Beaulieu cameras for nearly 50 years.

I think I know how to demount them even blindfolded. 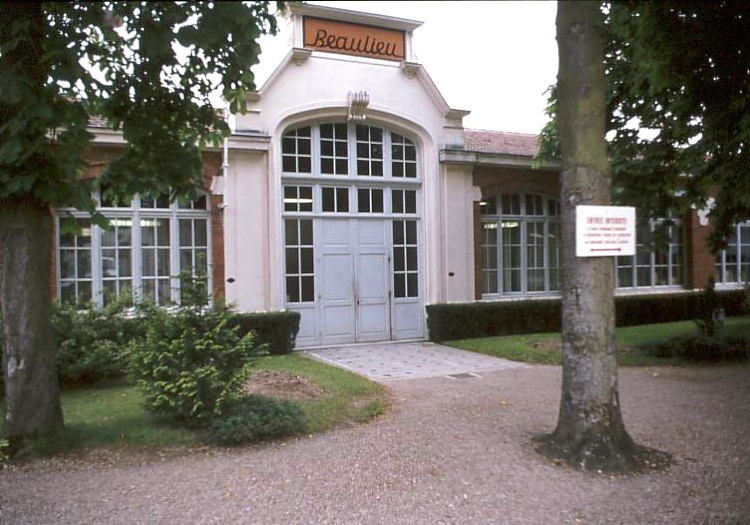 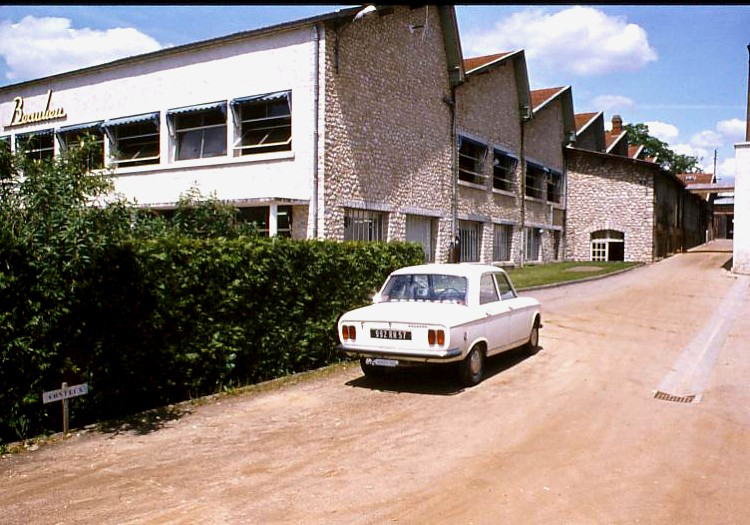 Beaulieu factory in Romorantin around 1975 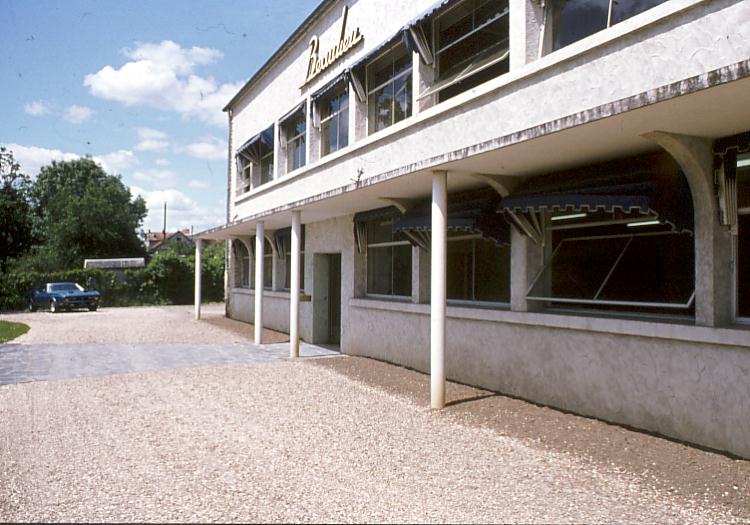 Beaulieu factory in Romorantin around 1975 (3 Images)

For how long did you work with Beaulieu in Sweden? The Super 8 business was almost finished in the beginning of 1980.

Yes, when Super 8 gave way for the video boom my employer in Sweden didn’t find this business lucrative any more, so he sold his company to me. This was in 1982. I then started to focus on repair and maintenance worldwide together with the sales. I got a lot of assignment from Sweden as well as from abroad. Yes, there was a huge demand for my know-how at that time, not only from Beaulieu owners but also from professional cinematographers, too. The famous Swedish photographer and cinematographer Lennart Nilsson, for instance – the man who was first to film inside the human body – had me modify some 16 mm Beaulieu’s to fit the Super 16mm format. He made the famous production “A child is born”. It has been so much fun. I worked together with him from 1974 onwards. That brought me so much pleasure. And all ended up in two Emmy Awards.

What happened to the Beaulieu repair shop in France?

In 1993, when their engineer got retired they moved this business unit from Paris to Romorantin. Now, the problem however was where to find a competent successor to their retired engineer – so they asked me to take over. I accepted and spent the eight to ten last days of each month in France, maintaining and repairing Beaulieu cameras, which had gathered on the shelves during the first part of the months. Between 1993 and 1998 I had my monthly flights to Paris, and after that they send the cameras to Stockholm for a few years.

Anything else you would like to say to Beaulieu owners?

Yes, all those “upgrades” for Super 8 cameras like wider film gates, additional lenses like anamorphics, they all are really nice to brag about. In reality, however, they do not add any big advantages to your filmshooting, you cannot avoid getting vignetting at certain angles when broadening your film gate. Added glasses in front of your lens may change the optical characteristics of your camera, not speaking of less light to the film. The camera is meant to work as it was meant to in it’s original shape and condition. The tolerances within the Super 8 camera are far too small to be manipulated with. If you want to upgrade the gate, I can do that.