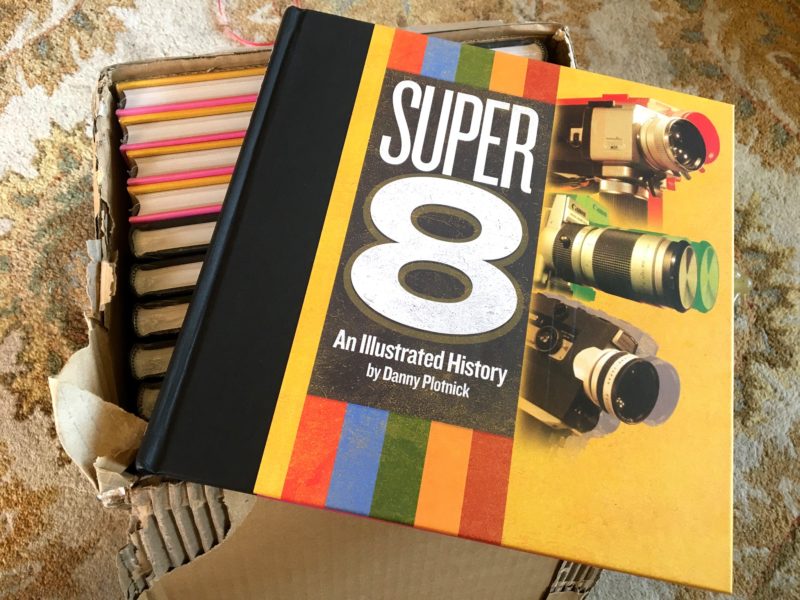 Danny Plotnick made a tremendous amount of Super 8 films between 1985-2001.  Currently, he runs the Film Studies program at the University of San Francisco, where he continues to teach both Super 8 and 16mm filmmaking. His newest project is a book about Super 8 that was published these days.

Super 8: An Illustrated History is a coffee table art book showcasing the history of Super 8 filmmaking. In addition to featuring stunning photography documenting the sleek mid-century design of Super 8 cameras and projectors, the book also offers a detailed history of the beloved medium—one not only embraced by suburban dads, the target audience of the format, but by the art world, punk rockers, and ultimately popular culture. Filmmakers who got their start in Super 8 include, Robert Zemeckis, Jim Jarmusch, Todd Haynes, Sam Raimi, Wes Anderson, and Alex Gibney. Thanks in part to a renewed interest in analog technologies, Kodak wanted to bring a new Super 8 camera to market since 2016, their first new camera to roll off the assembly line in over thirty years.

The book is on sale here: https://rarebirdlit.com/super-8-an-illustrated-history-signed-by-danny-plotnick/?fbclid=IwAR0E0HLAW3aZ80-GS1nRWLYOWlBZaWvrDlSQ6IDkgrD9sZlUz9nfCT5H_qs