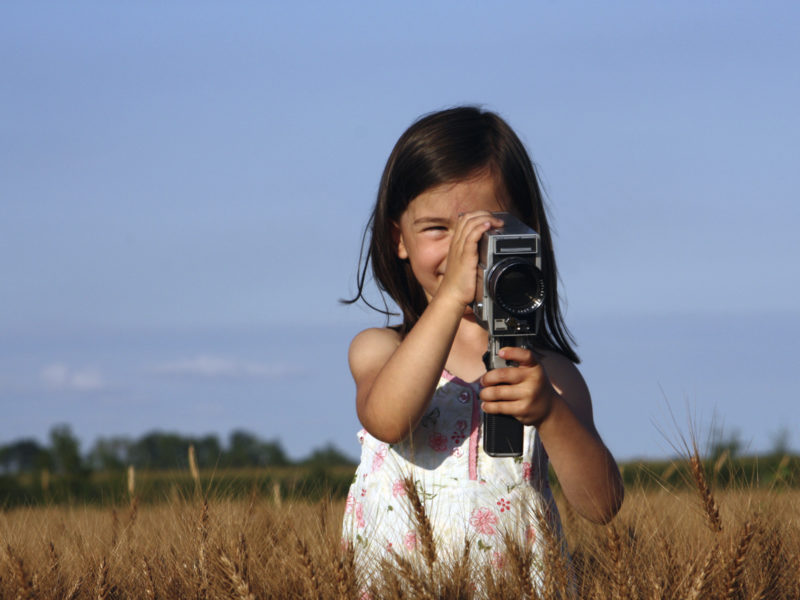 The Timeless Beauty of Super 8

When Super 8 burst onto the moviemaking scene in 1965, it was a breath of fresh air. The format was designed to be as simple as possible – pop a cartridge into the camera, point and shoot. The world had never seen anything like it, and the resulting Super 8 revolution heavily influenced several generations of filmmakers and amateur movie buffs. The simplicity of the technology helped to assure its long-term success, and the affordability of the format encouraged millions of eager filmmakers to experiment. Some even said it was magical. And – thirty five years after the “end” of Super 8 – this enchanted format continues to cast a powerful spell.

The Super 8 industry collapsed almost overnight in the early 1980s. I was a young and impressionable teenager when the army of sleek VCRs and camcorders rudely elbowed their way into homes around the world. Super 8 instantly became quaint and old-fashioned. Video, on the other hand, offered instant gratification and predictable results – just like a trip to McDonald’s for a quick bite to eat.

Manufacturers shifted their focus to the new electronic technology immediately. Those that couldn’t – Bell & Howell, Eumig, Elmo, Chinon and dozens of others – vanished. The film era had come to a sudden and premature end. Worse still, we had unwittingly stumbled into a technological dark age.

One doesn’t expect quality alongside instant gratification, and – true to form –early camcorders were awful. They captured smeary, strangely tinted images. Editing those crude electronic images was a black art; it took a stack of expensive boxes to awkwardly chop hours of video into a few somewhat-bearable minutes. But – since I’d never held a real Super 8 camera – this facsimile of filmmaking was the “real thing” to me.

I tried my hardest to master the art of video with my school’s rudimentary VHS equipment. Sadly – no matter how hard I tried – the results were always a bitter disappointment. The videos I produced looked like they’d been shot on department store security cameras – dull, fuzzy and devoid of life. There was no magic. In a matter of months, I drifted away from my newfound hobby.

Millions of others dabbled in the dark arts, and video technology gradually improved. However, you will be hard-pressed to find surviving examples of that early work nowadays. The tapes holding countless childhood Christmas concerts, holiday memories and once-in-a-lifetime events have turned to dust. The ferrous-oxide compounds that once held these precious memories are prone to fatal disintegration after only a decade or so, and stand as a testament to the dangers of instant gratification. Unfortunately, short-lived analog video formats have simply been replaced by increasingly arcane digital variants – the dark age continues.

I didn’t return to moviemaking for a decade or so after my disastrous video experiments. Somehow, I stumbled across an unwanted Eumig Super 8 camera. My previous videomaking experience still stung, and it was with great trepidation that I laid out my hard-earned money for a couple of cartridges of Kodachrome 40. My first film – tentatively titled “Girls having a bad hair day” – didn’t have much of a plot, but I had accidentally discovered that the neighborhood girls were more than willing to linger self-consciously in front of my camera. I shot my masterpiece and sent it off for processing. And then I waited. There was definitely no instant gratification to be had when shooting real film.

The film debuted in a packed living room at a friend’s house. It was a low budget affair – the projector was borrowed, the screen was a patch of white wall and the soundtrack was a couple of songs played on a cheap cassette player. It was the first time most of us had seen film projected at home, and we didn’t expect much from the old-fashioned technology.

Artistically and thematically, the film was awful. But something magical happened as soon as the shimmering images started to flicker across the wall – one of the stars commented, “Wow! I look good there.” And she did; there was something mesmerizing about the dreamlike colors and the high-contrast image put television to shame. More importantly, I was suddenly in love with both the girl and filmmaking.

My summer romance all too predictably came to a quick end, but the love affair with film blossomed into a lifelong obsession. Even now, some fifteen years later, nothing can compare to the magic of film. It still offers wider tonal range than even the most expensive camcorders, and almost every cine camera is more responsive – with intuitive manual focusing and zoom – than a fiddly touchscreen-equipped camcorder.

A new generation of vidiots fervently argues that it’s possible to imitate the look of film digitally, but simulated film grain and color pales in comparison to the real thing. The simple truth is that electronic algorithms will never surpass the chemical romance of film, and Super 8 filmmaking will live on for years to come.