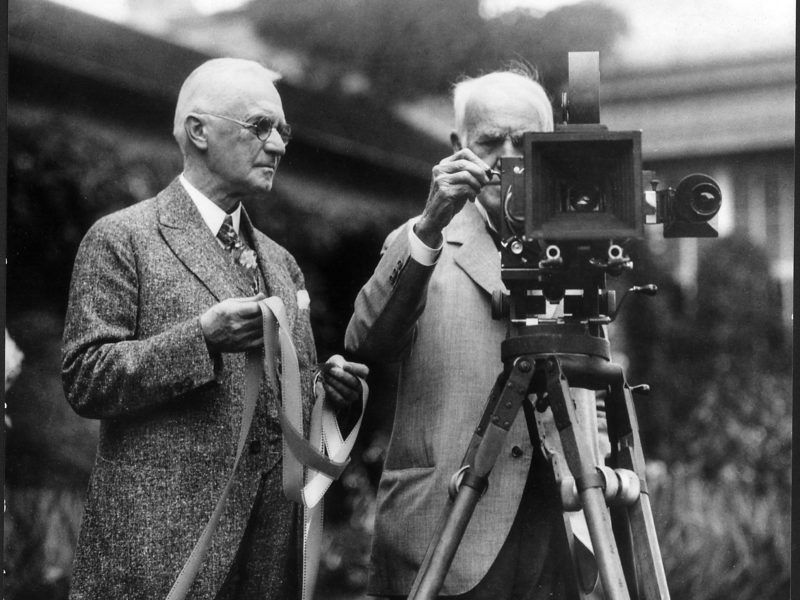 George Eastman and His Empire

“Photography should be an everyday thing” and “the camera must be so easy to handle as a pencil” – with these intentions George Eastman started out at a time, when it was all but natural. Because the photograph as we know it today did not exist in 1880 as yet and easy-to-handle cameras not at all. 1880 – the year in which George Eastman started the production of photographic plates.

George was born on July 12, 1854, as the youngest of three children in Waterville, N.Y. When he was five, his family moved to Rochester. However, his father passed away soon and George had to leave the school at the age of 14, to earn money. He worked for insurance companies and learned accounting in evening classes, so that he could apply for a job at a bank. Eastman was 24, when he wanted to travel to Santo Domingo and take “photographic equipment” along with him: the camera, as big as a microwave oven and a wooden tripod, too. Besides he had to take also a tent to spray the photographic emulsion over the glass plates in the dark before they would be exposed and to process them after, before they would get dry. “Only a mule can carry all this,” lamented Eastman, and each attempt to take a picture cost five dollars then – a huge sum.

During the day in the bank, in the evening in mother’s kitchen. There he experimented with gelatin emulsions he was reading about in British professional press. And from that moment on photography had him. From September 1881, he was fully dedicated to his “Eastman Dry Plate Company,” which became “The Eastman Company” in 1889, and finally, in 1892 “The Eastman Kodak Company” in New York.

“You push the button, we do the rest” – with this self thought out slogan, Eastman revolutionized the image world from 1888 on, and created the snapshot. The first Kodak camera hit the market. But why in fact, was it called Kodak? “I have always liked the letter K,” Eastman spun a yarn later on. “The K is a strong, piercing letter. I have tried a lot of combinations of words starting and ending with K.” Also the yellow appearance of the later image giant had been determined by Eastman himself. In 1907, Kodak employed already more than 5,000 people worldwide.

The man who in 1919 gave his employees a third of his company share, and in 1924 supported university education of blacks with 30 million dollars created an unprecedented group of companies.  His success had seven basic rules:

When on March 14, 1932, George Eastman, then 77, committed suicide because of his severe ailment, the enterprise counted far more than 20,000 employees worldwide. They would count 60,000 after 1946 and 100,000 in 1966, when Kodak’s worldwide revenues were more than four billion dollars. Today, the bright yellow Empire employs only 80,000 people in total in its facilities in Canada, Mexico, Brasil, Great Britain, France, Germany, Australia and in the U.S.A.

Rochester on Lake Ontario. In the 60s, the city of 330,000 inhabitants was booming. One sixth of the population was working for Kodak. Precision engineers and specialists in optics from around the world settled here because of the clustered precision industry. Among others, 75,000 people born in Germany or descendants of German immigrants. The giant facility counting 86 buildings was equipped with its own network of railways, had its own hospital, sports grounds, a little theater and a wealth of restaurants. The City was granted generous donations by Kodak. He invested 72 million dollars in a university, a music college and a dental clinic. The artistic and scientific life in Rochester was based on Eastman’s patronage. 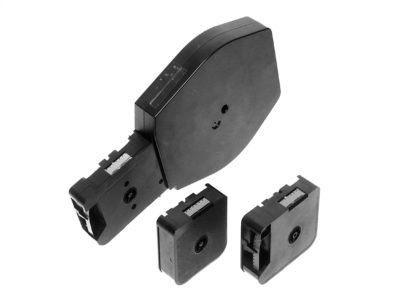 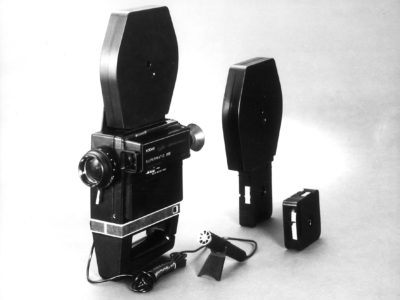 Not so much because of the manufactured movie cameras, but rather because of the film and cartridge formats put on the market, Kodak turned into the road sign of the industrial segment. All manufacturers have always been waiting as if spellbound for the shipments of the yellow giant and rarely dared trying anything on their own. That even increased Kodak’s power. Often, Kodak already had the “software” (16mm, 8mm, Super-8, Super-8 Sound) before any powerful “hardware” really existed. That was taken care of by the other manufacturers. First on the verge of the digital era, Kodak lost its power significantly. As regards the substandard cine film, the most important milestones from Rochester follow: