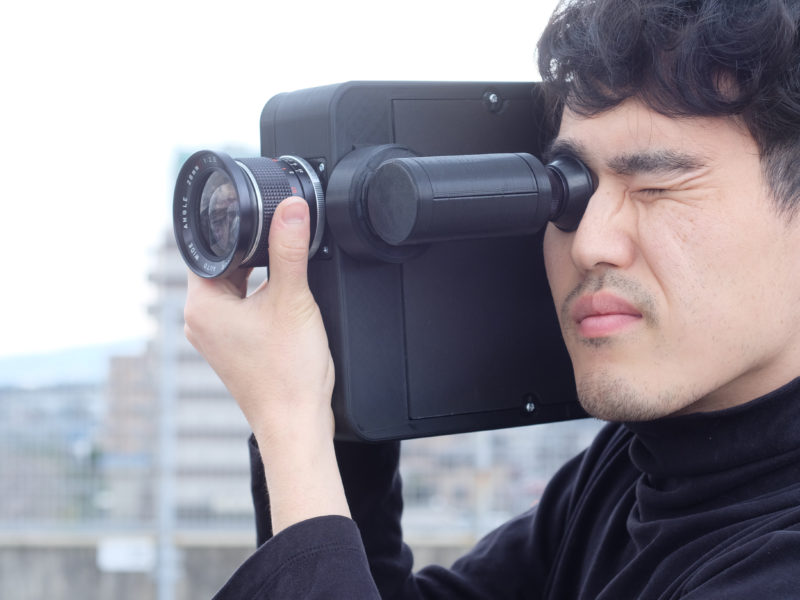 He comes from Japan, is 30 years old and now lives in the Netherlands. Yuta Ikeya has spent the last 18 months on an idiosyncratic project: he built an analog movie camera for 35mm film using a 3D printer. We talked to the tinkerer.

How did this project start?
I was and still am only a film photographer, but at some point I got interested in shooting short videos with it. Nothing serious, but something casual for Instagram, for example. I do not  remember exactly what was the first motivation, but I must have seen some nice Super 8 or 16mm footage.

It was right after I built an Instax camera, so I was very motivated to build another camera. After searching what  could be done realistically without much investment, I started with modifying Lomokino by Lomography. The 18 fps Lomokino footages from David Hennen (@twostopsover on instagram) are amazing. I wanted to motorize it to shoot at 18 fps with a viewfinder with some reflex system and a lens mount for interchangeable lenses. I built it but it did not function as intended, so I moved on to make a whole camera from scratch.

How long did it take to build this movie camera?
It took about a year and a few months. I spent my time on this project mainly on weekends, so it was a slow process. I also have other hobbies like dancing and drawing, so it sometimes even paused for a while.

Which had been the most difficult problems to be solved?
Researching and deciding the mechanism for intermittent film transfer was most difficult after all. After I found out the mechanism of Lomokino won’t work for my goal, I searched and watched a lot of videos about film projectors and 16mm cameras. I was somewhat suspicious if this would really work until I finished building the whole gear mechanism. I ended up using the combination of two cams to move the hook.

As the result is not perfect yet, how will you go on?
Now that I know 3D printing can be used to make a whole cine camera mechanism, I have a wish list for the next iteration: 24 fps or even higher speed capability, stabilization of film, clearer view finder, making it more compact, more complex program, etc.

As I mentioned, I was suspicious of the feasibility of this idea, so I put minimum functions on this camera. It does not even tell me when the film is finished, haha. But, it would suck if it doesn’t move at all after putting all the effort in so many details, right?

What is your fascination concerning analog film?
It is always difficult to describe this with words, but I just love the way it looks. The way light is captured in analog film is so different from digital. So much softer and warmer.

Did you ever work with Super 8 or 16mm?
No, but I would love to! I am a fan of classic Braun design, so I would love to try out Nizo first. Although, I prefer the aesthetics of 16 mm footage. I watched so many videos about Krasnogorsk-3 to build my camera, so I feel like I can already load film in it without any instruction, haha.

Why did you choose 35mm photo film?
The biggest reason is that I can use widely available photographic film stock. Back in Japan where I started this project, the lab to process ECN-2 is not common, so the choice was limited first of all. 16 mm seemed difficult for its availability of film stock as well. Also, it looked like so much hassle for me to achieve a high quality scan from Super 8. If it is 35mm film, the bigger image area can compensate for some imperfection of the result. 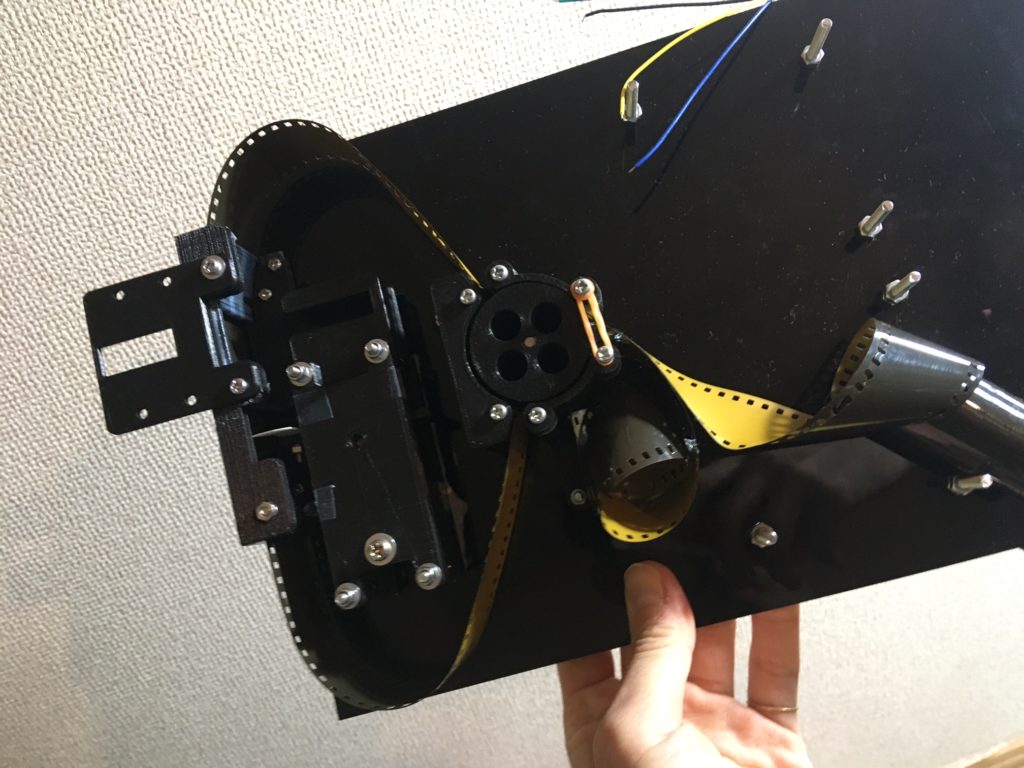 Tell us more about the technical details of the camera!
18 fps can be achieved with the current configuration. If I speed up the motor, it could go up to somewhere 20-21 fps, I guess, but I am not using it since it is not 24 fps. It can run at 8 fps too, but this is mainly used for loading film.

The light from the lens is split into the viewfinder and to the film surface by a half mirror. The lens mount is M42 because I thought it would be easy to make. I do not know how much film I can load in my cassette, but more likely less than 100 ft. There is no built-in lightmeter. Almost all the mechanical parts are 3D printed in PLA. The printer I used is Anycubic i3 Mega-S.

I am currently a master student in industrial design at Technische Universiteit Eindhoven (Eindhoven University of Technology). I was working as a mechanical designer at a food/beverage packaging company till mid 2021 in Japan but I wanted to move to the Netherlands with my girlfriend, so I decided to study something new.

What did your friends and family say about this crazy idea to build an old style analog camera?
Only those who know film photography seem to be amazed by the camera, haha. At least, my girlfriend who has been seeing me working on it and my brother who also shoots film photography appreciate it.

You are now living in the Netherlands. Will you go on with the project?
Maybe after my graduation from the university. The program is way too busy for me to do something else. And this camera project is not going to be my school project anyway.

Do you think there is more interest in Europe than in Japan for a topic like this?
I think so. But I can only speak from the perspective of a film photographer since I don’t know much about analog filmmaking communities in Japan. I sense some cultural differences in this community between Japan and western countries. It feels to me that many Japanese film hobbyists tend to seek nostalgic and unique aesthetics in this media and focus is often on the looks and feels.

Maybe it is simply about the size of communities. People in Europe tend to understand English better than Japanese people do, so they can build a bigger online community together with people from the US, but it doesn’t happen so often for Japanese people.

Anything you would like to add?
I hope this project makes some people motivated in building similar cameras or projectors. It would be great if we can build up knowledge in this area in the future as a community.