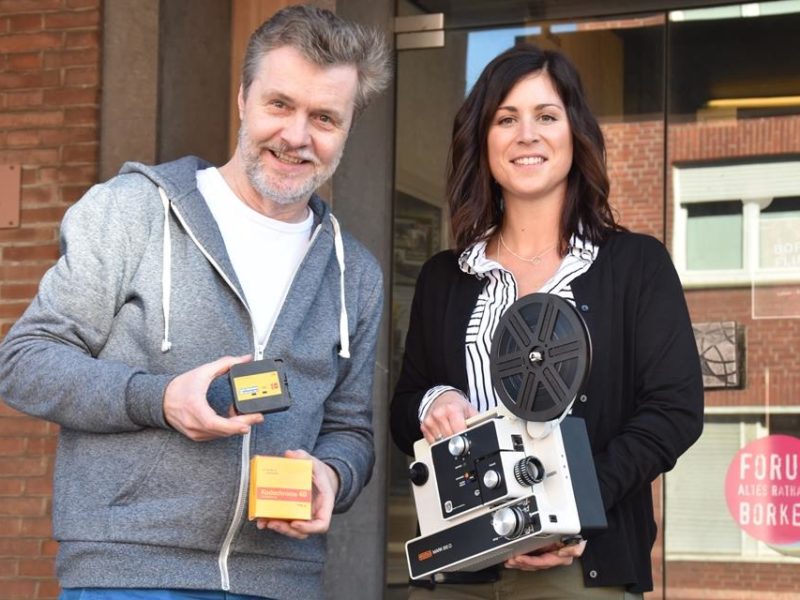 Flickering made in Hamburg

On the road with 100 Super 8 projectors

It all started in Hamburg. In June 2007, for the second Night of Knowledge, the Film and Television Museum Hamburg showed its treasures in the Finkenau bunker. I gathered together the operational projectors from our equipment park and used endless loops to show private small format films from the Hanseatic city. In the background there were electronic beats and about 300 visitors had a lot of fun this evening. The city flicker was born.

At the end of the evening there was first of all disillusionment. Many projectors had gone down after a few hours of use. The good German machines like Bauer, Noris, Agfa or Braun had fallen by the wayside. Only the Austrian brand Eumig was still running at midnight – and the crates from Bolex of Switzerland, but in reality they were stuffed full of Eumig technology.

So it was clear: if such an installation would happen again, then only with the robust silent film models from Eumig and Bolex. Already next year the time had come. In the high rooms of the beer keg cellar of the Berlin Kulturbrauerei Prenzlauer Berg, I showed the installation “100x Berlin” in the summer of 2008, with small format films from the war and post-war period. Especially the Super-8 black and white films with scenes of the construction of the wall looked very impressive on the red brick walls.

We needed 130 units to keep 100 projectors running for eight hours at a time over ten days. A retired tinkerer helped repair the Eumig units that were running out of light or tore the strap. After the event, the idea was born to make a brand out of the project. Under the name of stadtflimmern (city flicker), my colleague Gene Schulten and I went on the road from then on to set up installations in unconventional locations.

The casemates in my hometown Wolfenbüttel in Lower Saxony (Germany) were our next destination. In the cave-like corridors 45 projectors showed scenes from the 1970s. How has the inner city changed? What was fashionable back then? Which cars were cruising through the alleys of the half-timbering houses? A blast for more than 3,000 visitors who entered the dark corridors during the Old Town Festival 2016.

As part of the “Blue Night 2017”, the city flicker in Nuremberg’s Museum for Communication and the DB Museum (German Railway Museum) showed extraterrestrial experiences on 100 Super 8 projectors. In a large installation, film loops of the English TV series UFO, which was created in 1970, were shown. The film installation rattled to the sound of the series until late into the night. The foyer, staircase and halls of the museum complex became the scene of the spectacle. How did people imagine the future in 1970? Apparently with purple hair, shiny silver costumes and net shirts – for this was how the actors in the British series presented themselves. 7,000 visitors came in seven hours. Wow!

In June 2017 we brought all the projectors to the Historical Museum in Hanover. More than 100 residents of the state capital of Lower Saxony followed our call for private narrow gauge films to be made available for the installation. 125 film rolls were sent in. This resulted not only in the installation but also in a DVD entitled “Hannover on small format film”. On the disc, the best scenes of the project were presented in 120 minutes: Street life around the Kröpcke place, the zoo, the Hannover fair, excursions to the Steinhuder Meer and the Herrenhäuser Gardens. Around 3,200 visitors did not miss the flicker evening as part of the Night of the Museums. And because it was so beautiful, the museum invited us again in 2018 to place the projectors between their exhibited treasures. 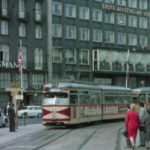 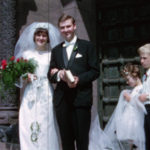 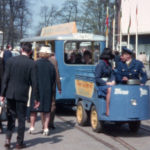 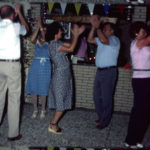 But first we had to go to a Christmas Market, the one in Wolfenbüttel. Because of the great success, mayor Thomas Pink had brought the city flicker back to the town. And we turned it into a real Christmas flicker. On all four Advent weekends in 2017 we played very private scenes in the former Ratskeller under the City Hall, directly at the city market: Happy celebrations under the Christmas tree and wild New Year’s Eve parties. The scenes submitted by the people of Wolfenbüttel were – as always – presented and selected. Especially iconic images were in demand: gifts such as the Märklin toy railway, the Carrera racetrack or the Bonanza bike – symbols of children’s longings from the 1970s. Our efforts were rewarded. Over 6,000 people did not want to miss the Christmas flicker.

October 2018: In western Münsterland we found ourselves in Borken. There, the Forum Altes Rathaus (Old Town Hall) had just been converted into a beautiful museum of local history. And before all the walls were hung and all the rooms filled with display cases, the citizens of Borken were able to take possession of their House of History in a very special way – with their own old Super 8 film treasures. Around 100 reels came together to show the place, the festivals and life in and around Borken.

Once again we equipped our projectors with special wire constructions to send the films through the machines as endless loops. This is the only way to guarantee hours of uninterrupted screening. 3,000 visitors passed by during the weekend.

To the home of the projectors

A special honour awaited us in May 2019: The stadtflimmern team came to Austria for the first time. To the birthplace of the Eumig projectors, Wiener Neudorf! The Eumig company, once the world’s largest manufacturer of sound film projectors, was proud to celebrate its 100th anniversary in 2019. stadtflimmern used Eumig equipment that is already almost 50 years old and still runs reliably. For the installation EumigFlimmern we showed on 100 projectors the work in the factory halls as it looked like in the 1960s and 70s. In Wiener Neudorf, 1,600 people used to work in the factory halls and 500 employees in the Eumig headquarters.

At times Eumig had over 6,500 employees all over the country and was once the largest private employer in Austria. The company also set social standards: Eumig was the first major company in the country to introduce the 40-hour week and turned all workers into employees.

“I could not imagine how the whole thing worked”, said Herbert Janschka, Mayor of Wiener Neudorf, at the opening of the EumigFlimmern. “Now I am overwhelmed. And I am terribly grateful that the municipal council has approved the project. This is certainly one of the highlights of the culture in Wiener Neudorf in 2019 and the national exhibition this year.” Meanwhile, we are eagerly awaiting the next challenges for our project stadtflimmern, which originated in Hamburg. 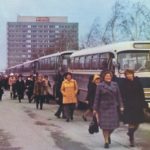 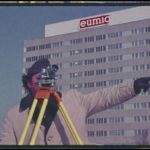 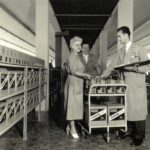 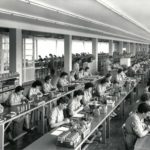