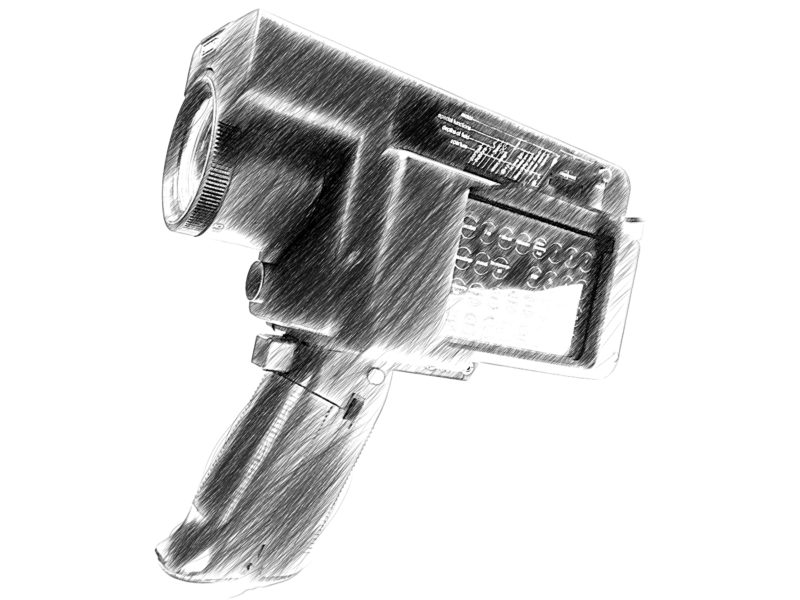 A µ makes a difference

Gus Seemann is about to embark on a journey to a country that disappeared forty years ago. It is the state of the Eumiganer, once world champions in the construction of sound film projectors and forced to end abruptly in 1981. While researching for a booklet about the Austrian manufacturer’s movie cameras, he unexpectedly comes across a prototype called Eumig µP 2000. The bulky box contains a lot of technical innovations and has a computer on board, so to speak. That was new – 1978.

At this time the first attempts to produce the µP 2000 began. The micro-sign is always combined with Latin letters. For example with units of measurement such as micrometer µm. Colloquially My is used as a synonym for “a little bit”. This camera is more than just a little bit different and the number 2000 points promisingly into the future.

The plans for a completely new camera in the guise of the well-known Eumig PMA series had to be implemented by Peter Vockenhuber, who was sitting with his team of designers at Bolex in Switzerland. Vockenhuber, son of the then Eumig Managing Director Engineer Karl Vockenhuber, had left to join the subsidiary company. Bolex had belonged to Eumig since 1970.

In the French-speaking town of Yverdon, a lot was invented for Eumig: the underwater movie camera Nautica, the wide-angle attachment PMA and also the prototypes for sound movie cameras (after the early production had been made at Bell & Howell in Japan). In 1979, the study department even tried its hand at a sound film camera for the Polavision instant Polaroid process.

But research and development in Switzerland could not live on the designs for Eumig alone. For Agfa in Munich, the study department therefore constructed a Super-8 film scanner that was used for broadcasting. Bolex was also responsible for improving a 35 mm film development system for Agfa. In view of the poor sales in the narrow film sector, they were in for no good. On behalf of Philips it was even allowed to construct a shear blade drive for razors.

But back to µP 2000. In the Rue des Uttins the heads were smoking to set up a movie camera with 32 hubless sensor keys for Eumig. Inside the wonder was a microprocessor from Mustek, which had a lot to do. He had to motorize the focus for certain focus zones at the push of a button: 2.4-6m in the room, 1.5-2.4m for portraits. The motor was in a small box above the lens, which made the camera look like an autofocus monster. But the µP 2000 did not have an automatic focusing. The focus could only be controlled by motor by looking through the viewfinder. This gimmick was called Power Focus.

A fast lens with 8x zoom 1:1.2/7-56mm also belonged to the narrow gauge film bolide. And all kinds of gadgetry: Fade-in and fade-out, three seconds of lap dissolve, an intervalometer for single frame tricks, 1, 9, 18, 24 fps, determination of the scene length, aperture correction, self-timer and different speeds for the zoom and the Power Focus motor.

A separate light meter eye under the lens could be used to control long exposures – just like Bauer and Nizo already did. Even though the camera looks like a sound film model, it only produced silent scenes on film. A glance into the cartridge chamber shows that although it could use silent and sound film cartridges, the magnetic sound track was only useful for recording on a sound projector.

At the end of 1980, the µP 2000 was to be ready for the market. But things turned out differently. The thing with the many buttons disappeared from the scene, as did the Eumig company with its more than 6,000 employees. And Gus Seemann of the Eumig Museum in Wiener Neudorf now keeps this special treasure of a movie camera that was never built.